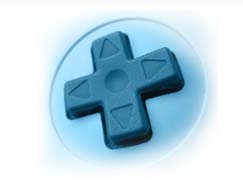 Every year at Old Park we put together a list of this season’s hottest video games in order to help you make informed decisions as a parent for your Christmas purchasing. This year is no different, however there is some new hardware being released which has age recommendations on it.

The manufacturers of all the major VR headsets (Oculus, HTC, Sony) recommend that virtual reality headsets are not used with children of primary school age (13 for Oculus & HTC, 12 for Sony).

This is because there is no scientific consensus on how virtual reality headsets can affect children’s development, especially when using the device for longer play sessions.

The headsets are very heavy for younger users. They also use clever techniques to create depth in front of you on a flat screen which is very, very close to your face. This could affect the development of a child’s eyes, co-ordination and balance. As such, it is highly recommended not to buy a VR headset for your primary age child. If you are buying a headset for a teenager, it is recommended that you rest regularly (15 minutes rest for every 30 minutes of gameplay) and immediately stop using a VR headset if you experience dizziness, motion sickness, eye strain and/or nausea. It is also recommended that you monitor your teenage child after play to see if any negative effects occur, such as balancing issues and multi-tasking abilities.

Below are two lists representing the biggest video games that are being released for the Christmas season 2016. One list shows games that are rated by PEGI as suitable for Primary age children, the other lists unsuitable games.

Please be aware, that the PEGI rating on the game describes the content in the game, and not the skill level required to play it. Nor does it describe the age a child may be interested in playing the game. For example, whilst the games Forza Horizon 3 and FIFA 17 are rated aged 3 and above, the skills required to play it may require hand-eye co-ordination skills of a much older child. The content may also be of no interest to them.

For more information visit http://www.pegi.info where you will be able to search their database for the latest games, their ratings and a more in-depth description of each game’s content.

PEGI also have an app available for iPad and iPhone.

Happy to see this kind of awareness being brought forward. A good read and interesting to see which games are actually unsuitable for the Primary school age range.
Thanks for posting!